You are here: Home » What is Toenail Fungus?

What is Toenail Fungus? As many as 14% of Americans suffer from unsightly nails that prevent them from feeling comfortable with bare feet or toes in public.

Toenail fungus, clinically named onychomycosis, is the infection of  the nail and nail bed that causes a number of changes to the appearance of the nail. The treatment of toenail fungus has previously been very difficult due to the location of the fungus both underneath and inside of the nail. The most common form of onychomycosis is distal subungual onychomycosis usually caused by Trichophyton rubrum, a dermatophyte that invades the nail bed and underside of the nail plate.

Due to the location of the infection, topical creams are frequently ineffective for many patients.

Alternative infected toenail treatment with oral medications can lead to health risks, need liver enzyme testing, and are only effective in a small percentage of users.

Because toenail fungus is difficult to treat under the nail plate, many patients undertake years of ineffective treatment at great expense, all the while suffering in silence and hoping for something better to treat their yellowed, brittle, thickened toenails.

Toenail fungus effects not only the darkened, cloudy, brittle, thickened appearance of the infected nails themselves, but also the confidence of the patient.

Nail fungus can cause people to avoid wearing sandals, showing off a pedicure, or feeling confident at the beach. Especially in a warm climate like Houston, wearing closed-toe shoes instead of sandals can cause excess foot perspiration, perpetuating the fungal infection.

Hiding your toes in sweaty, closed-toe shoes because of their unsightly appearance will continue to cause the fungal infection to get worse. The most effective way to break the cycle of toenail fungus in Houston is to use the only infected toenail treatment that can penetrate through the nail to the nail bed: laser toenail fungus treatment at Clear Toes Clinic. 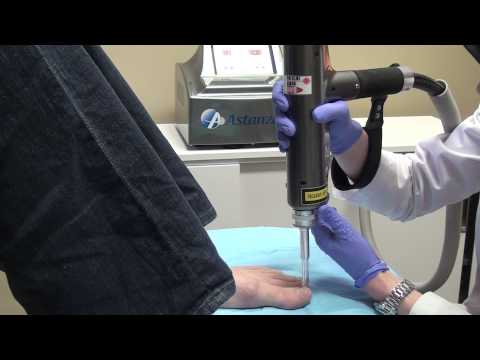